The tower cranes are gone!

Construction of the new hospitals in the Comox Valley and Campbell River reached an important milestone in early April. After months and months of heavy lifting, the North Island Hospitals Project’s big tower cranes have been disassembled and removed from both construction sites.

“This is an important milestone that clearly signifies the completion of another phase of the project,” says NIHP Chief Project Officer Tom Sparrow. “We’re very pleased with the progress on the project to date, clearly demonstrated by the removal of the cranes from each site. This means that the major mechanical equipment including heating, ventilation, and air conditioning systems required to operate these facilities are in place.
“This also means we’re another step closer to the final phase that involves commissioning and finishing work at both facilities.”

The tower cranes first arrived back in late 2014. Both hospitals featured a tall tower crane located in what would become the north light well. The hospitals also had smaller tower cranes located near the south end of the structures. Since then the structures have literally grown up around the towers. The secondary cranes were disassembled and removed last year, Campbell River’s in June and the Comox Valley’s in October.

“Absolutely,” said Douglas Young, Graham Construction’s Campbell River Project Manager. “They’re one of the key pieces of equipment on the job, particularly for the structure and building envelope. They’re key, but they get in the way when you’re trying to move the rest of the project forward, so we’re always happy to see them come down.”

The tower cranes have become a big part of the skyline in both communities, identifying from a distance where the hospital construction sites were located and that construction was underway. Now that the cranes are gone, each site looks and feels more like a hospital.

“I have to say, visually, with the removal of the crane, you’re now able to see a hospital in all its splendour,” Sparrow adds. “You don’t have a crane hanging off of it any more. You can see an actual hospital and visualize the facilities that Island Health and our Tandem Health Partners are working towards completing.” 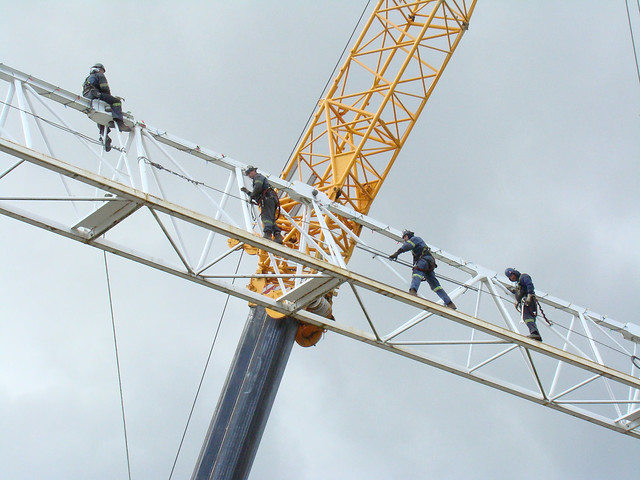