“This is the biggest job we’ve ever done at Island Health,” Stone said. “I’ve been here 12 years and we haven’t done anything this big. The last one we did that was sizable was the Patient Care Centre (PCC, in Victoria) but that wasn’t this big.”

“The new hospitals are going to be so tech oriented, so the network becomes very critical. What we’ve done here is we’ve configured over a thousand network devices.”

Those devices included network switches, routers and firewalls, all brought to a single warehouse where each had to be unpacked, given an asset tag, configured, repacked and labelled for transportation by Island Health’s network team – and partner Boardwalk Communications – over a two-month period. From there, the devices were shipped to the new Comox Valley and Campbell River hospitals for installation.

‘The electricians are taking them out of the boxes and putting them in racks,” Stone explained. “We’ve drawn diagrams that say ‘put it in this room, in this rack, literally telling them exactly where in the building to put this box.”

Each hospital will feature an amazing level of interconnectivity. Stone said each network room will have a rack with up to 12 network switches. Overall, the two new hospitals will have roughly 13,000 network connections.

Network rooms will be spread throughout the hospitals, along with two equipment rooms, one on the roof and one in Level zero with servers in them.

The network in each of the new hospitals will do many things. It will connect computers and printers for uses such as recording medical data in the Electronic Health Record. It will provide the phone systems for the hospitals. It will also be used for many medical devices, such as vital signs monitors (which take blood pressure, temperature, etc.) as well as infusion pumps, wound cameras, Telehealth and other video conferencing, and facilitates connections such as the nurse call system.

The networks will be ‘converged’ networks where wireless and hard-wired systems work together.

“I think the main thing is that we’re ready,” he said. “We’re ready on time.” 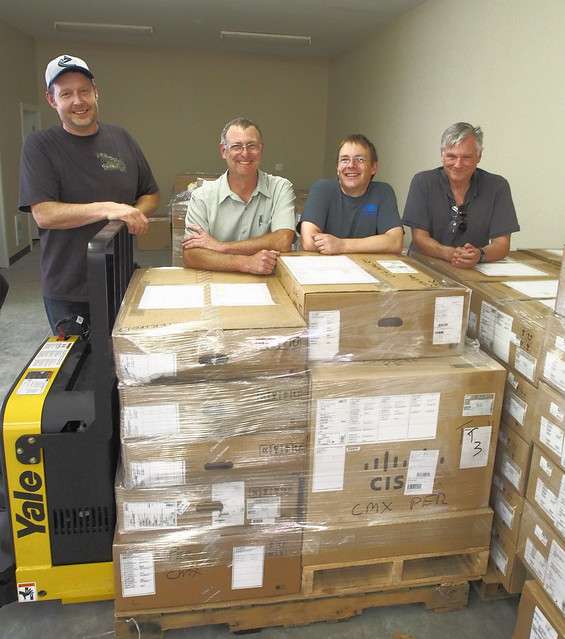